The Martin Effect Can Do For You, What It Did For Them!

Here are a few examples of the hundreds of people I have helped succeed over the years.

Scottish golfer Ewen Ferguson contacted me in the 2021 season.

He wanted me to help him secure his World Golf tour card, by qualifying from The Challenge Tour.

We secured the card with time to spare.

And now this season Ewen has gone to another level, securing his maiden World Tour title, with success in the Qatar Masters.

And then followed up that win with a three shot victory at The World Invitational in Ballymena.

Ewen now believes that everything is possible.

What’s possible for you if you were to have unlimited belief in you and your game! 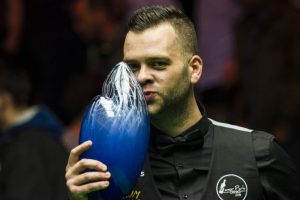 Jimmy Robertson turned professional in 2002. A naturally talented snooker player, who had never managed to translate his talent into trophies.

Jimmy contacted me in 2017 keen to turn things around. As we began work, signs of improvement were steady. A first ever ranking event quarter final. Successive qualifications for the World Championships at the Crucible.

Then in October 2018. the breakthrough occurred. Jimmy securing his first ever ranking title, beating Joe Perry 9-6, to win the European Masters in Belgium.

Closing out the match in style with a masterful century break. For the first time in his career, Jimmy’s performances matched his talent.

Now everything is possible for Jimmy! What would be possible for you, if your performances matched your talent? 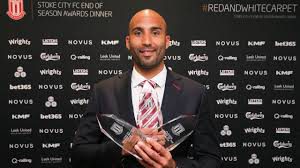 For seven years now, I have had the privilege of working with goal-keeper Lee Grant. Lee had been one of The Championships top keepers. Due to no fault of his own, Lee lost his place at Derby and went out on loan to Premier League Stoke City.

Within his first two games for Stoke, Lee showed his true ability with a Man Of The Match performance at Old Trafford, Then he went on, to perform at a top level week after week, earning the accolade of Stoke City Player Of The Season.

Lee is a perfect example of what can happen of you dedicate yourself to both technical and mental development of your game.

What could you achieve with a Lee Grant dedication to improvement? 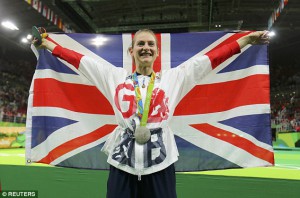 At the Rio Olympics 2016, English trampolinist Bryony Page won an Olympic Silver Medal. A fantastic achievement. Especially considering that some time ago, Bryony was suffering from a severe case of Lost Move Syndrome.

Lost Move Syndrome occurs to performers in the gymnastic disciplines, when they cannot remember how to complete a move. Usually as a result of a mistake they have made. Its very hard to resolve, and causes many young people to give up their sports.

Bryony called me desperate for help, having exhausted every other avenue. Her confidence was so low she had stopped performing and competing. Within three months after speaking to me, Bryony was not just performing again, but winning the National Championships at Birmingham.

Now Bryony is an Olympic Silver Medallist. What could you achieve with your confidence restored! 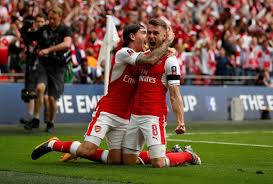 In the 2013-14 football season, experts were describing Arsenal’s Aaron Ramsey, as the best mid-fielder in Europe. And it was easy to see why. Aaron was dominating Premier League matches with his range of passing, high-energy and composure in front of goal.

He was playing with supreme confidence. The previous season Aaron contacted me with a view to helping him take his game to a level that matched his natural talent.

Aaron’s football development had been hindered by a well documented injury, and he was keen to re-discover the form and fluency that had made him one of the game’s finest young talents.

Aaron’s man of the match performance and winning goal in the 2014 FA Cup Final, was the irrefutable evidence that he had got his confidence back!

Then at Euro 2016, Aaron was one of the players of the tournament, as his influential displays took Wales to the semi-finals! And then to cap it all, Aaron scored his second Wembley winner to defeat Chelsea, in the 2017 Final.

Aaron recently secured a career defining move to Juventus. Which will give him the platform to show he is now one of Europe’s best midfielders.

What could you achieve with Aaron Ramsey level of confidence and belief?

In 2014 Ricky Walden contacted me. A talented snooker player. But one whose career results and trophies didn’t match his skill set.

Within four months of working together, Ricky scooped the biggest prize of his career, defeating Mark Allen to land the £125,000 International Championship in China. His mental strength was visible, as he closed out the final three frames, playing some of the best snooker of his career.

What career breakthrough is waiting to happen for you?

Colin Montgomerie Rolls Back The Years…

Ryder Cup legend and Golf Hall Of Fame inductee Colin Montgomerie missed the cut at a tournament in India in spring 2013. It was the trigger that led Monty to pick up the phone and seek my advice on how to get him back winning tournaments again.

Within months, Colin had secured his first competitive success in six years, with a ‘rolling back the years’ display to win the Senior Masters at Woburn. Then, in May 2014, Colin finally secured his first ever major in the States, securing the PGA title, on the US Seniors Tour.

If you have missed that winning feeling, lets get you back to your confident best like Monty!