I was recently featured in a couple of episodes of MTV’s smash hit reality TV show Geordie OG.

My role was to coach reality star, Aaron Chalmers.

Aaron had been fighting in the MMA and wanted to talk through some of his fights.

However a few days before we met up to film the first episode, Aaron split up from his partner Talia and new born son Romeo.

Explaining how he saw a sports psvchologist to talk things through. And the very positive outcome that followed.

Which is that Aaron and Talia got back together again, shortly after our conversation, and now have a second child on the way.

BBC Radio 4 – The Writings On The Wall

This award winning documentary was made for the BBC in the summer of 2020. And explores the fascinating subject of Superstition in Sport, through the eyes of a sports psychologist..

The documentary was awarded a silver medal by Al Jazeeira in the annual International media Awards Human Interest Category. 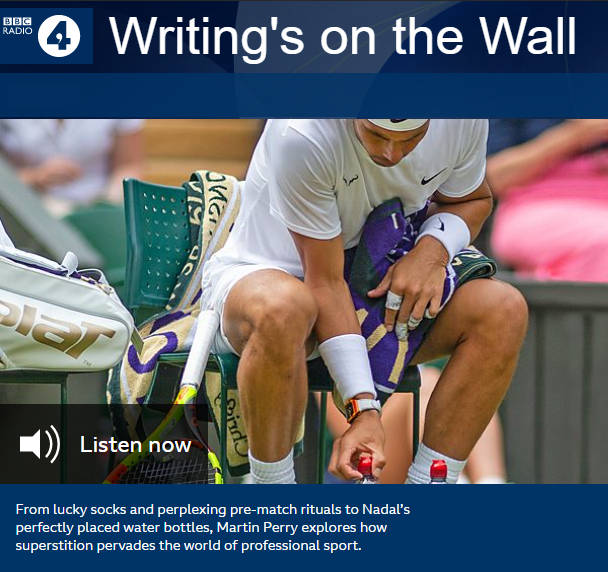 The Adidas Get Ready Campaign…

In the approach to the 2014 World Cup, the subject of penalty shoot-outs is a hot topic.

England have consistently failed from the spot in the big tournaments.

Adidas were keen to get some insights into this fascinating subject! (Martin Perry is featured on 2.33 min)

The Olympic Channel made a documentary on how trampolinist Bryon Page overcame Lost Move Syndrome, to win a silver medal at the 2016 Rio Olympics.

Featuring comments from Martin Perry, who helped Bryony in the critical phase of her career.