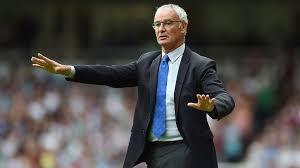 The strong arm penalty box tactics. Vardy’s expertise in winning penalties.  Referee Jon Moss was having none of it. In return he got openly abused, as if he had prised open the black box that harboured Leicester’s dark secrets.

Whilst everyone both on and off the pitch at the Walker’s Stadium appeared to be letting the unfortunate ref know what they thought of him. one man not joining in the witchhunt, was Claudio Ranieri. Calm. Dignified. Respectful. He played his managerial hand nicely.

It would have been easy for the Italian to have got caught up in the high-pitched emotion of perceived injustice. Think of Kevin Keegan in 1996. Coming out on behalf of his team. Magnifying the sense of injustice. Turning a siege mentality into a victim mindset.

But that would have been a huge leadership mistake. More loaded emotion is the last thing Leicester need as they approach the final four games.

Ranieri’s calmness can reset the tone. Settle everyone down. Bring a sense of perspective back in place. Get everyone thinking straight again. Yes some of the dark arts have been exposed. But that doesn’t negate the strengths that have brought the Foxes within four games of their first title.

In the presence of a good leader, everyone around them feels settled. Everything feels like it in place. They don’t get thrown off track or drawn into sideshows. They hold the vision and stay calm when the pressure builds.

When you are chasing your first ever league title, the last thing you need is to get magnetised by the dramas that pressure creates.  With Claudio Ranieiri at the helm, Leicester City can remain immune from the potential meltdown that lies in wait!