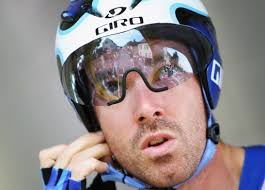 David Millar was the last Briton to wear the leader’s yellow jersey in 2000. He finished Monday’s ninth stage in 181st place, 42 minutes 45 seconds behind winner Sandy Casar, after a day plagued by a stomach problem and back spasms.

“Today represents a brand new entry into my top five worst-ever days on a bike,” the Team Garmin-Transitions rider said. “I spent 180 km by myself convinced I was going to abandon or be eliminated. At 100 km to go I was 30 minutes down on the leaders.

“All I could see in my head were the contours of the stage from the maps. I broke it up into five km climbs and kept thinking ‘I have to get through this’.”

Despite Millar’s struggles, even in adversity he demonstrates the mental strength of a winner. Classic sports psychology. For when an athlete or performer is struggling, and facing defeat, the first thing to go is their mind.

As they lose the will to compete, they have no goals to challenge them. Only a blank mind and a tired body. But not David Millar. He finds the mental strength to set himself small and achievable goals. Targets that create a focus and a will to keep going.

Often, under-performance in sport is caused by lack of mental clarity and focus. A hazy mind leads to weak outcomes. And in that mental void, pressure and anxiety holds sway.

The beauty of champions, is that even in defeat, they show glimpses of the mental strength that has made them winners.