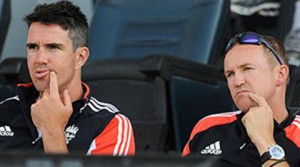 England’s less than successful cricket tour to Australia ended a couple of weeks ago. But the recriminations are still rumbling on. After a week of speculation on who said what about who, The ECB finally took the bull by the horns and sacked Kevin Pietersen as a contracted player.

The debate about whether this was the correct course of action, perhaps won’t be resolved until England get down to the business of winning cricket matches again.

But the Pietersen affair raises plenty of interesting issues, as to how you handle maverick players. In some ways it has similarities with the high-profile spat between Roy Keane and Mick McCarthy in Saipan. There a talisman player and leader became unsettled by the feeling that his World Cup dreams were being hijacked by poor standards of preparation and organization.

Keane’s refusal to compromise saw him engaged in a public fall out with his manager, which led to him taking an early return fight home.

The best players expect everything around them to be aligned towards success. If they smell weakness within, they view that weakness as a threat. Weakness is the enemy. Paolo Di Canio’s over-management of the weaknesses he found at Sunderland, are a good example of this. Weakness = threat. Therefore destroy the weakness.

And this strategy is perfect in combat with the opposition. But what if that weakness comes from within your own dressing-room? How should the maverick player react then?

The smart way, is not for them to try to take on the weakness, but act in a way that creates an opportunity for that weakness to be turned into a strength. Eric Cantona raising the bar at Old Trafford, through his hunger and desire to demonstrate self-improvement is a positive example.

The maverick player has to be encouraged by the leadership to be a standard bearer. The one who sets the tone for others to follow. Of course, if the maverick feels not understood, or on the outside of the group, then it’s unlikely that they will care to act as leader, coach and mentor.

More likely, that sense of being an outsider, will fuel their contempt for weakness, and lead them to becoming a conduit for simmering dis-satisfaction and resentment. And thus the disease of ME holds sway.

So Kevin Pietersen is sacked by England, because they no longer feel he can be trusted to support captain Alistair Cook. But that mis-trust is a symptom of Pietersen being affected by what he perceived as weakness around him, and not being able to find a way to have a safe outlet for his dis-satisfaction. Thus the maverick becomes a trouble-maker, rather than an inspirational leader.

However if the maverick feels understood, listened to, appreciated then they can generally channel their talent for the benefit of the team. But the trouble comes if they feel not heard or understood. Or feel over-managed, which they view as an imprisonment of their talent.

Of course, the more experienced the maverick player is, the better they should be at managing their own reactivity. Managing their internal response to those issues which trigger their dis-satisfaction.

Kevin Pietersen’s biggest error was that he wasn’t able to successfully take the fight to the Australians. The role of The Maverick in any team should be to show an unconventional way forward. To find ways to overcome adversity, that aren’t in the rule book. And as a result, inspire others in the team, and create a belief that the opposition can be beaten.

Pietersen showed at times Down Under, that he could easily handle the Aussie attack. But then would get out to poor shot choices, perhaps labouring under the uncertainty of whether he should trust his instinct, or follow orders. The Maverick is a Maverick, because they don’t follow orders! But when they don’t, they have to deliver the goods.

The England management will be relieved to move on without Kevin Pietersen. But this parting of the ways should serve as a significant learning exercise in how top, talented players are understood, managed and integrated into a team dynamic.