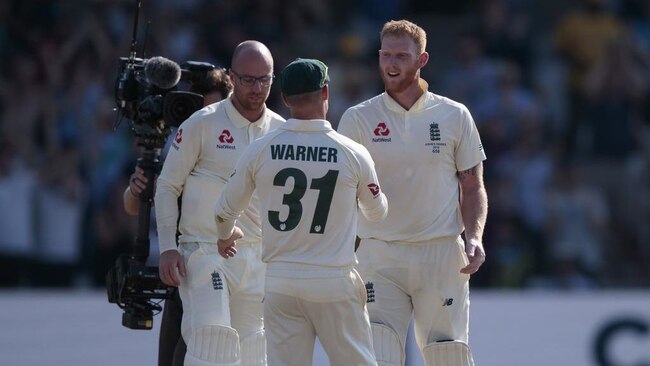 Motivation! It’s key to success in sport and life. When you lose motivation, it will drag your performances down. When you have it, it can inspire you to great things.

And motivation itself can change over time. But the more successful you become, the harder it can be to find motivation. That’s why it’s useful to have a David Warner around!

England’s Ben Stokes has been speaking about how Warner’s sledging in the last Ashes series inspired him. It was Stokes’s heroics that saw England over the line in the third test at Headingley. And Warner was constantly in his ear. Trying to distract him. Force him off his concentration. Get him thinking about other things than the next ball.

Which for a weak-minded player it can work. But for someone at the top of his game like Ben Stokes, it has the opposite effect. Instead of getting distracted, his focus becomes even more powerful.

Driven by the desire to get one over Warner. Shut him up through the accumulation of runs. No need to verbally respond to Warner’s sledges. Do it in the most effect way that will hurt him. Deliver a match-winning performance.

This kind of motivated focus often has to be worked for, It’s common in sport, to get distracted by non-critical information. What people think of you. The consequences of success or failure. The desire to not let others down.

Yet none of these are critical information. Which in Ben Stokes’s case is what is bowler wanting to do with the next ball. In which on any given day, a batsman’s focus can vary from ok to very good. However when you are motivated to win a mental battle against a top opponent, that focus goes up another gear.

Every cell in your body is drawn into the task in hand. You are seeing everything clearly and in good time, because you have made it important to do so.

This is the power of motivation. It gives meaning to what you are doing. When you find it. it is like gold dust. And David Warner handed it to Ben Stokes on a plate!