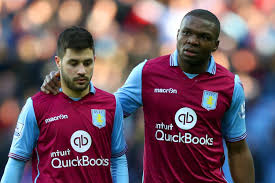 Jamie Carragher called them the worst team in Premier League history. Experienced defender Jolean Lescott apologised for his team’s lack of commitment.  Aston Villa are bottom of the league. And their 6-0 home defeat to Liverpool was akin to waving the white flag.

Teams don’t deliberately set out to be uncommited. There is rarely a plan to under-perform. Or to lose six-nil. It’s a consequence of a cocktail of ingredients all coming together at the same time.

It tends to begin with self-interest. An individual player putting himself before the team. Maybe not trying or giving 100% in training. Showing a casual attitude to the team’s plight. Maybe the agent has got into his head with better offers for next season. Once it is noted that one player can get away with something, others try things on.

New patterns of behaviour begins to be established. It can be subtle. But something is stirring. And it doesn’t feel good. An inexperienced manager can be aware of it. But not deal with it directly for fear of upsetting people. Or thinking that it won’t affect performances. By then it can already be too late.

Team spirit erodes as players are no longer working for the collective cause. If your a strong player you look around the dressing room and think ‘what’s the point?’ I see player X not giving 100%. Why should I bail him out by doing his work for him?

The virus of indifference spreads from player to player. Until the whole team are infected. You as a group, look leaderless. Characterless. Spineless. There may be leaders in the group. But their desire to lead has become negated by the collective indifference. The rest don’t seem to care. Why should you?

Each defeat confirms the sense of hopelessness. If I did try, what would be the point? Without a collective desire to turn things around, apathy holds sway. Relegation is almost a relief from the unspoken sense of disinterest and indifference.

The manager is powerless in all this. He feels that he is doing the right things. But it makes no difference. The players have made their own minds up about each other. Whatever team-spirit there was has been drained away. It’s now every man for himself. It’s all someone else’s fault.

A team can be relegated not always because they have the worst players. You can be bottom of the league for team-spirit; courage in adversity; player recruitment; leadership at the top. It all adds up to create the same outcome.

Aston Villa’s six-nil Villa Park embarassment ought to be a wake up call, that injects shock and response into the playing squad. But when heavy collective indifference holds sway, even that may not be radical enough!