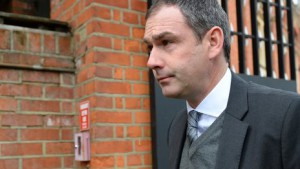 And so after only eight months into his first managerial adventure, Paul Clement is sacked by Derby County. Touted as one of the brightest and the best coaches in Europe, Clement appeared to have everything in his favour at The Ipro.

A squad blessed with talent. An owner prepared to put his hand in his pocket to spend. A Premier League set up. It was all there. So what went wrong for the former Real Madrid coach?

The writing was on the wall immediately after the tame home draw with Reading, Owner Mel Morris came down from the boardroom to address the Derby players directly in their dressing room.

The dressing room is the preserve of the manager and players. Their private sanctuary. This is where the unwritten rules of leadership and team dynamics are established.

If an owner chooses to robustly and uninhibitedly share his footballing views with the players, then it is only because he senses weakness in his manager. And a successful millionaire businessman, in the presence of weakness, will instinctively demonstrate strength and force of personality to overcompensate.

Without authority, a football manager has no power or control over his players. Strong experienced players would recognise there was a shift in power at the top, and take it upon themselves to run the team. Take ownership. Claim the power for themselves. (See Chelsea under Avram Grant’s leadership). Weaker players would use the change in dynamics to find excuses to justify under-performance. Unused power quickly turns sour!

However it is only Paul Clement’s weaknesses that created this situation. If his owner felt that Clement was oozing natural authority, strength and charisma, then he would have no need to come anywhere near the dressing room. Clement would own that space. But as has happened to many successful Number Two’s before him, Paul Clement found that the transition into being a leader doesn’t come naturally. Or easily. Or at all.