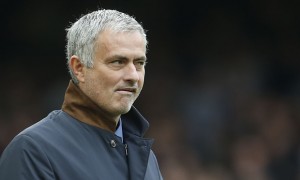 It’s been his go-to strategy for most of his illustrious managerial career. Whenever he needed to sharpen his teams focus, or guard against success-inducing complacency, then Jose Mourinho would manufacture an enemy.

Familiar targets – Biased Referees; The Media; The FA; Arsene Wenger…all served their purpose as acting as a false enemy (The THEM). Opposing forces who wanted to stop Chelsea succeeding. All designed by Jose, like Sir Alex Ferguson before him, to create a force field around his group The US. The bigger The THEM, the stronger The US becomes.

And it’s a strategy that served him well. Until this season. Then, in what appeared to be a high-risk attempt to shock-start Chelsea’s sluggish title defence, he mis-fired. Club doctor Eva Caneiro was one of The US. But Jose Mourinho went after her as if she was one of The THEM. As if she was an enemy within, working and conspiring against him. By aiming at the wrong target. Mourinho can only have sewed seeds of doubts in his players minds.

How can Eva be a THEM…she’s one of US! Without his key leaders in Cech, Lampard and Drogba to keep the dressing room tight and on-message, his players had cause to perceive their manager as a THEM…that he was now the enemy…a sure sign of a leader about to lose the dressing room. (See Paolo Di Canio’s reign at Sunderland for a good example of this)

After yesterday’s defeat to Liverpool, Mourinho was at it again. Complaining of forces that seemed to stand against his team. But his complaints no longer carried the potency of injustice. More a man at a loss to understand why his team machine was being picked apart again by hungry opposition. If a manager fails to understand why some of his players are not playing for him, then he is in serious trouble.

By virtue of his reputation, Mourinho will probably be given a period of grace to turn things around. And in that time, he may want to consider the diminishing value of US v THEM.

Maybe it’s time to grow out of the Me v The World street-fighter image, into a champion of the games higher values – sportsmanship; respect for the referee; fairness. honesty. Uphold the qualities held dear by his early mentor Sir Bobby Robson and love the game and all it stands for, as much as winning. At times Jose has appeared to put the need to win far above the spirit of the game.

It takes humility to admit that it’s time to change. Especially when your strategies have created undiminished success. But losing runs don’t happen by accident. They give you clues that things aren’t working. And to stay at the top of your game, you have to keep growing. mentally and emotionally. For not even Jose Mourinho would want to stand still would he?