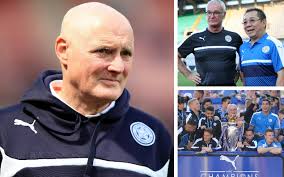 It’s been a turbulent week at Leicester City. The sacking of Claudio Ranieri, has led to much comment and analysis as to the rights and wrongs of that controversial decision.

Greedy players; Impulsive owners all incurring the wrath of the football industry, as the games favourite uncle is perceived to be hard done by.

Without being inside the Leicester camp, it’s all speculation. But one interesting revelation came to light today. In an article in The Telegraph, it was revealed that Ranieri released sports psychologist Ken Way at the beginning of the season. Ken had been at the club a number of years and is a very experienced psychologist.

It’s as if Ranieri took the position that Ken Way had no positive influence on the club’s Premier League title win. That his loss wouldn’t be felt. That he could manage without him. Whichever way you look at it. it’s a very short-sighted view. And one that has had consequences.

You can’t always measure the influence a psychologist has on a team. It’s often subtle. Perhaps being available for a player to offload concerns. Which in turn allows them to play with a clear head, having shared the burden of their worries.

Or maybe it’s helping a player who has just arrived from abroad, feel more at home, by helping them voice their fears and anxieties about being in a country where they are a stranger. Such conversations can help the player feel less alone and thus happier.

Even more importantly, the psychologist can take a bigger picture view of proceedings and spot trouble before it gets out of hand. Maybe the negativity of a disaffected player, spreading to others like a virus.

Plots to oust Claudio Ranieri? Well if there is no safe outlets for venting, then yes, any disaffection will seek ways of making itself heard!

Football managers often take the view that they are the psychologist. Or that players should be big enough to sort out their own problems. But with his team heading for a fall, Claudio Ranieri needed all the help he could get.  And the one person who could tell him exactly what was happening; why it was happening. And more importantly what to do about it…had been sacked!