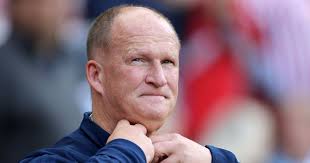 So Simon Grayson is sacked as Blackpool manager. Heralded as the second coming, upon his return to the club at the start of the season, Grayson’s tenure lasted just more than half a season.

Sometimes in a managerial career, the grind simply takes it’s toll. You become worn out. You don’t admit it. You think you have another big job in you. Another sleeping giant that you can turn around. But it’s a fantasy.

Your moment has gone. The new ideas have run dry. Your motivational powers have weakened. Your ability to solve problems has diminished. And your energy levels are low. It’s simply a job now. Not a passion. And your players know it. But you are in denial.

That’s why they won’t run through brick walls for you anymore. They don’t believe in you. Because you are not helping them solve problems. Problems which you used to solve in a instant. But you’ve stopped seeing things clearly.

And the people around you won’t tell you the truth either. They don’t want to rock the boat. So nothing changes.

But this isn’t peculiar to Simon Grayson. Lots of managers fail to recognise the critical signs that they have lost the magic. After a sacking, they don’t go into a period of reflection to analyse why they have been sacked. And emerge from that reflection having re-invented themselves.

They blame it on others, pointing to past success as a sign that they know what they are doing. But past success is no indicator to future success. The game moves on. What worked ten years ago, may no longer do so. But you fail to see that.

Past success gives you the confidence that tells you that you can be successful. But it can also arrest your development, as you fail to upgrade your skill=set and management method.

Simon Grayson has had past success. But another sacking should tell him it’s time to take a break. Or book himself in for a critical re-evaluation of his methods and style. Failure to do so will simply lead to more failure.