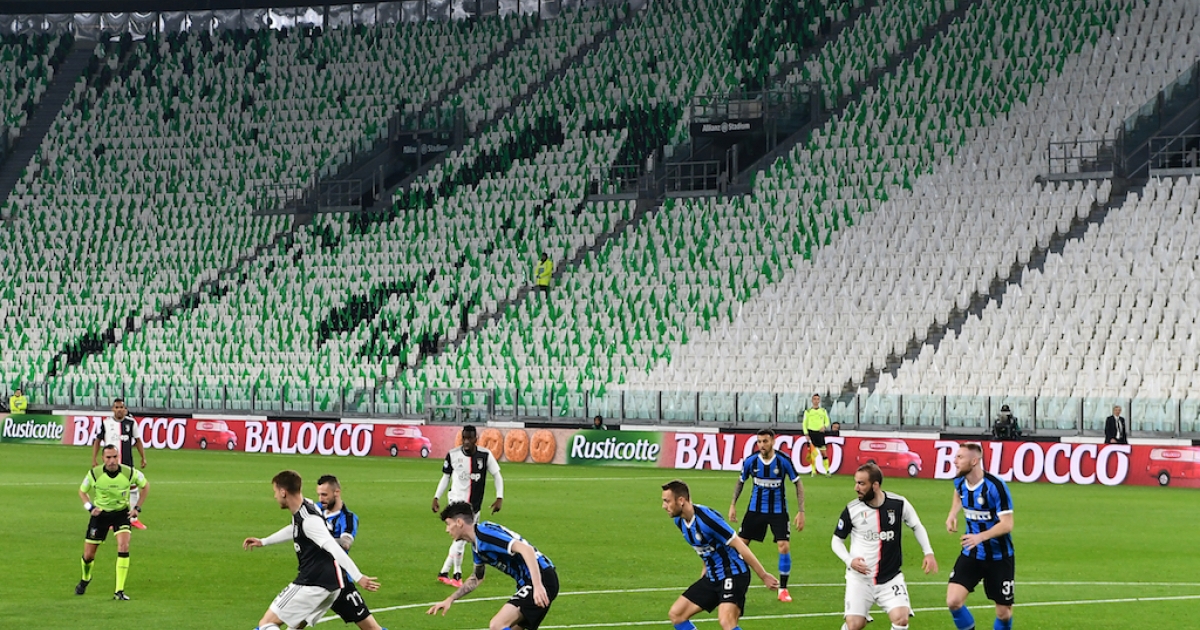 It’s arrival time for the Juventus team, ahead of their behind closed doors top of the table clash with Inter Milan.

As Christiano Ronaldo steps off the team bus, he high fives the invisible fans who would normally be waiting to greet the Juventus team as they enter the Allianz Stadium.

Then at the final whistle Ronaldo turns to applaud the invisible fans. This garners lots of easy laughs on social media.

Except – what if this is all part of Ronaldo’s preparation and visualisation routine? In other words he has mentally prepared for this game, as if there are fans at the players entrance and in the stadium!

So when he high fives the invisible fans at the entrance, this is part of his match day ritual. So why break the ritual? Just because it’s a behind closed doors game.

As a very finely tuned player, Ronaldo’s football intelligence is wired up in a very specific way. So he might see this unusual fixture, as an opportunity to be the best prepared player on the pitch. The one who is treating the game with the same reverence, as if witnessed by the many.

The top player will not countenance any drop in mental, physical or emotional intensity. Their standards will not be compromised by external influences. And their minds and imaginations are powerful enough to create the exact reality, that lends itself to high performance.

The best are the best in the world. Not through talent alone. But because they do things differently to everyone else.