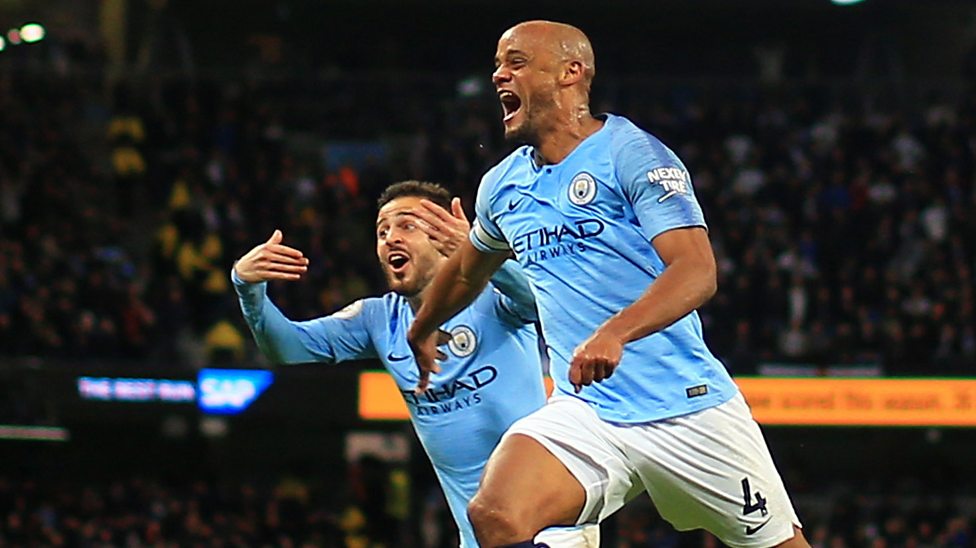 Then up steps Vincent Kompany. Bringing the ball forward, the Leicester defence back off and back off. Vinnie was not identified as a goal threat going forward! Brendan Rodgers had factored in everything else. But not this!

Moments later Kompany’s blistering twenty-five yarder hits the back of the net. And the ground goes crazy.

No one wanted or expected the City captain to shoot. But that was precisely the magical thing about it. It came out of seemingly nowhere.

When two excellent coaches come against each other, they factor in all the ‘knowns’ about the opposition. Everything they have seen before…repeat patterns and game sequences…they try to counter.

Which can work more often than not. What they don’t factor in is the unknowns. And it’s the unknowns that at the highest level make the difference.

The unknowns are the special moments. Manchester United’s two injury time Champions League goals against Bayern Munich. Right out of the unknown. Sergio Aguero’s last minute title winner against QPR. Moments that go against the games prepared patterns and sequences.

It’s a marriage between the special players sub-conscious beliefs and the game. The deeper feeling that the player has, that this is the moment. That something is on right now. They feel it. Sense it.

Like feeling you are going to score before it actually happens. Hard for the player to explain. But they know it. Doubt doesn’t exist.

It was like for Vincent Kompany, a magical path to the goal opened up. No resistance. An invitation. And when you are steeped in game experience, know-how. belief, trust like the City captain, it’s not an invitation you are going to decline.

It’s the essence of self-leadership. You don’t wait to be told what to do. You just know. And you do!