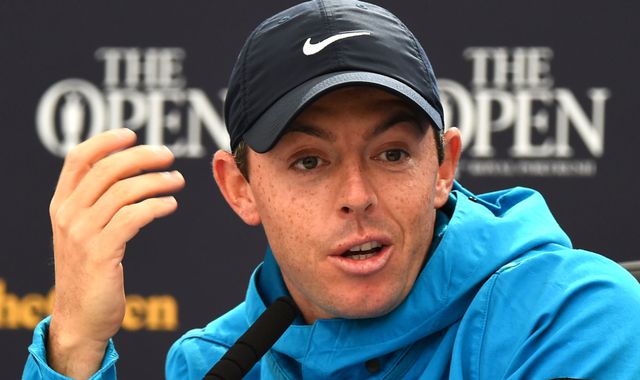 It’s day one of the Open Championship at Royal Portrush. And Rory McIlroy is on the tee. This isn’t just any old Open for Rory. It’s the homecoming. The first Open in his beloved Northern Ireland since 1951.

Most of the pre-tournament publicity seems to be built around him. But with all that in mind, you’d expect this multiple Major winner to take it all in his stride. Ride the wave of expectation and channel it all into his focus and belief.

But it couldn’t have started any worse for Rory. His opening tee shot find itself out of bounds. Then he is in unplayable bracken. Eventually he finds the hole after eight shots. The galleries are stunned into silence. It’s as if Rory has frozen. Lost his ability to think and play freely.

Expectation can do that to you. Like carrying a heavy burden on your shoulders. You want to do it for the people. You also don’t want to let people down. You probably feel like you know half the crowd personally. You want to give them something to remember. Lift their spirits. Bring them joy.

You tell yourself you’ll be fine. Your the man. You can handle it. But it’s only when you get out there on the first tee, that it doesn’t feel fine.

Your body feels heavy and tight. Your head isn’t clear. There isn’t much feeling in your practise swing. When your stood over the ball, you know what you don’t want to do. But aren’t clear and committed about what you do want to do.

At that point it’s too late. You swing the club in hope but you have lost control. The burden of expectation is holding sway. You thought you could carry the burden. But it’s become much bigger than you realised.

Your golf radar has become compromised. Instead of it being simply ball to target, your emotions have inveigled the space reserved for golf thoughts. Emotions that are carrying the over-bearing baggage of expectation. Emotions that confuse what it is you are trying to do.

The key is to recognise all this before you get to the first tee. Admit to yourself and the people close to you that it all feels a bit too much. That you simply want to go out and play with a swagger. It has to be you, the club, the ball and the target. Nothing more. Nothing less.

If you deliver a win for your people then great. But you can only do it by playing for yourself first. As Rory will have realised by now!