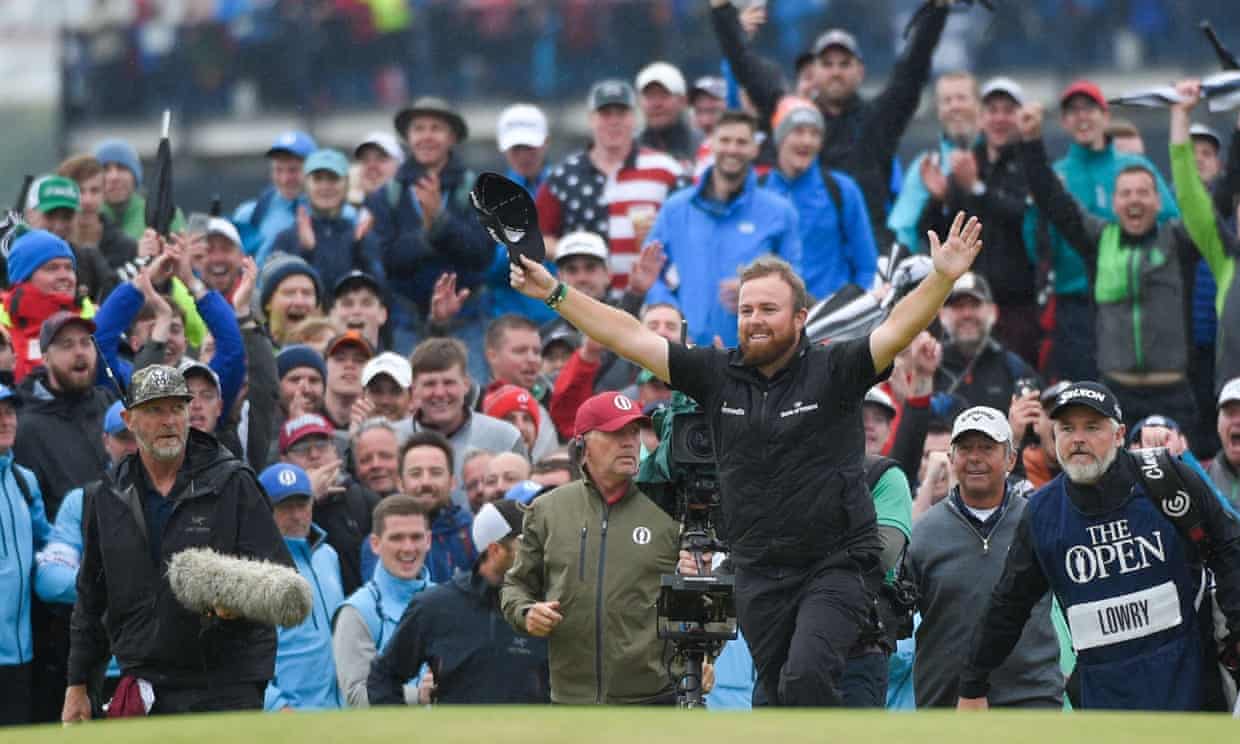 And so Shane Lowry is crowned Champion Golfer for 2019. The only threat to his commanding position at the top of the overnight leaderboard appeared to be himself.

Would memories of his lost four shot lead at the US Open come back to haunt him? Would the lure of holding the Claret Jug aloft inveigle his thought process?

The answer was No on both counts. By the closing holes, Lowry was experiencing the super-natural calm, that is the preserve of those who know that all is in place for success.

A lot of that calmness emanated from the presence of Shane’s caddie Brian Martin. Martin was the anchor of sanity. The Dr. Reality who kept his golfer focusing on the task in hand. Ball to target. Achievable tasks that aided confidence and belief.

When the story of the 2019 Open is written, it will be all about Shane Lowry. But that would be like discussing Manchester City’s title success without mentioning Pep Guardiola.

This was a team triumph.  One man hitting the golf shots. And another who had the wisdom, experience, humour, warmth and know-how to let his player have his Claret Jug fantasies, whilst giving him the strategies to make the fantasy a reality.

There isn’t an award for Champion Caddie 2019. But without doubt that was a championship winning performance from Brain Martin. Could Shane Lowry have won this Open without him? Thats unknown. What is known is that on the day the golfing Gods offered Lowry a place in history, he had exactly the right man on his bag, to guide him on the sacred pathways!