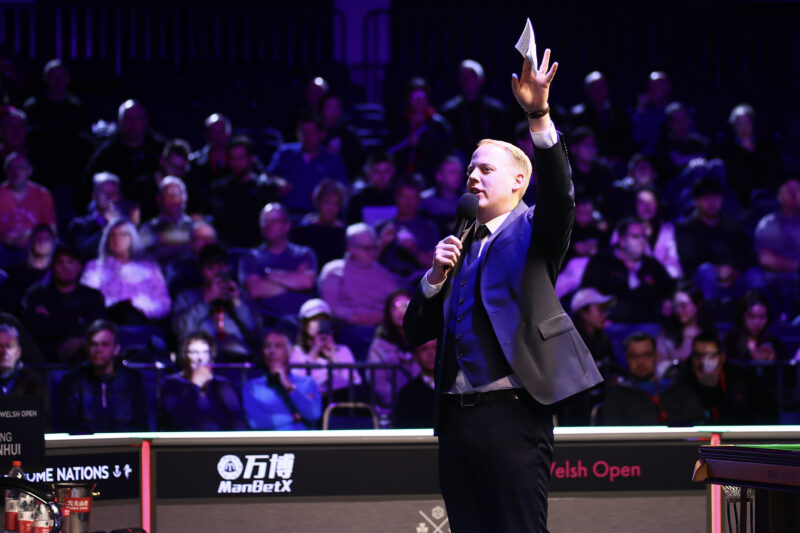 A couple of seasons ago, tennis player Kevin Anderson enlisted the help of a sports psychologist, to help him match game outcomes to his talent. In other words the giant South African felt he was under-performing.

Kevin is a mild mannered player on court. And he suspected that was inhibiting his progress. Off court he is a passionate guitar player. So the psychologist invited Kevin to bring guitar Kevin out with him on court.

Guitar Kevin has a different personality to Tennis Kevin. More outgoing. Louder. Likes playing to the crowd. Extrovert. And so by integrating Guitar Kevin into the game of Tennis Kevin, his results improved considerably.

The Kevin Anderson story came to mind this week, when snooker’s Allan Taylor regained his tour card through Q School. Last season Allan was off the tour. But he found a place in the game as an MC. The one who introduces the players onto the main tables at the big tournaments. And warms up the crowds pre-match.

MC Allan has to be Confident. Extrovert. Outgoing. No place for doubts or worries. And yesterday, the day after regaining his tour card, he despatched Iran’s Soheil Vahedi in the first round of World Championship Qualifying 6-1.

If like Kevin Anderson he has integrated another of his personalities, MC Allan into the domain of Snooker Allan, then his confidence will have gone up exponentially.

It’s like having a motivator in your corner. Someone who believes in you more than you believe in yourself. Someone who exudes confidence that you can feed off.

All of us have more than one aspect to our personalities. Very often we are not encouraged to bring those different personalities into competition with us. But these are potentially vital team-members, who can make a big contribution to our success.

Being a winner and champion isn’t just a product of talent. It’s about our character, attitude and behaviour. And that comes from developing The Team Of You!