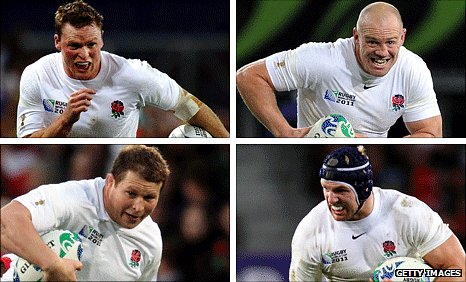 It’s quarter-finals week of the rugby World Cup. And England coach Martin Johnson is having to face down press questions about the off-field behaviour of some of his players.

After Tindall’s late-night bar jaunt, we have Haskell, Ashton and Hartley in the dock for inappropriate comments to a female member of the hotel staff.

It suggests that mentally, England are not completely tuned-in to the task of winning a World Cup. That they have not yet built the bubble of focus, that automatically directs behaviour.

When a team has created a bubble of focus, players off the field behaviour rarely becomes news. Their minds are quietly tuned into the tasks that lie ahead. It’s a state of containment that causes the player to know that all is in place.

They dont want to disturb that special feeling, through un-necessary use of mental. physical and emotional energies.

England aren’t yet tuned-in. But that doesn’t mean they can’t be. Johnson can use these distractions to re-focus his group. The head coach can now get right into his teams hearts and minds.

Strong words leading to strong actions. His players know that they owe him. And each other. Reminders of who they are playing for. And what the country are saying about this group. There is only one way to answer the critics. In adversity, Martin Johnson may have found a way, to get another 10% out of this England squad.