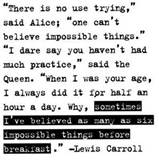 It’s the Rotterdam Open and Andy Murray is playing Gilles Simon in the quarter finals. To maintain a mental focus, Murray reads from handwritten notes between games. Those notes were photographed by a Dutch sports journalist and published online. They make surprising reading.

The notes are the sort of instructions you might remind a sixteen year old player to remember. For example the seond notation is ‘Try Your Best’. This is strange. Andy Murray always tries his best. It’s one of his most consistent qualities. Why does he need to remind himself of this?

Notation three is ‘Be intense with your feet’. Again this is the most basic of instructions that a teenager may need to be reminded of. But a two times Grand Slam winner?

There are other notations that relate to a basic gameplan. Again, Murray is a very good reader of his opponent and how to exploit their weaknesses. Has he forgotten what he is good at?

Following Murray’s meltdown in the Australian Open final, he would be far better served by having reminders that trigger his awareness of match dynamics. For example:

What’s happening?
Why is it happening?
What are you going to do about it?
So, if we take Novak Djokovic’s injury theatrics at Melbourne, instead of getting frustrated and emotionally involved, Murray could say ‘Novak is playing up, to try and change the game dynamics. He is aware that Im playing well and threatening him. This is a good sign. He is showing weakness. Keep the pressure on him’. So his notes give him the awareness to solve tennis problems, by using his tennis intelligence.

Champions remain champions because they think and behave like champions. Andy Murray has clearly lost some of his champions mentality. Otherwise he wouldn’t need notes to remind him of his tennis psychology and game basics.

He may feel that is what he needs right now. But at his age and tennis development, he really should be tapping into deeper levels of trust and tennis awareness. Failure to do so, will lock Andy Murray into a level of being a very good player, rather than being a very good champion.