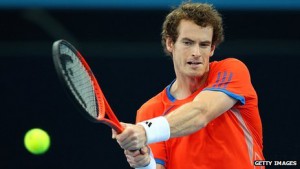 So Andy Murray is one game away from his first Wimbledon title. In the past there would be plenty of reasons of doubt whether he could take the final step and secure his first Grand Slam. But this time feels different.And the sense that destiny awaits Murray comes from the presence of Ivan Lendl in his corner.

Murray has brought Lendl in for one thing. To help him win Grand Slams.Lendl was an interesting choice as coach. He had run a junior tennis academy before, but had no portfolio of successful stars to show his coaching credentials to Murray. But he has know-how. Insight. And most importantly, cool emotions.

Andy Murray has seemed to fail in the big matches previously, when his game is put under the severest examination. Not technically. But mentally. And emotionally.Murray has been close before. But something in his psychological make-up seems to prevent him from being able to take the final steps. It’s as if when the big points come along, he drifts out of his ‘bubble’ of confidence.

Subtle self-doubts hold sway. The points seem to become bigger than his ability to play them, as if he attaches too much significance to them. Wanting it too much. Or expecting too much from himself.Too often Murray has seemed to be directing his emotional energy inward, towards himself. A strategy that doesn’t solve tennis problems. It leads to poor decisions, which then causes Murray to come down hard on himself. A trait that perfectionists will recognise all too well.

On Sunday, especially on the big points. Murray has to trust implicitly, the strategy and game-plan he and Lendl will devise. And to help absorb the pressure that will accompany this final, he may want to take a leaf out of Martina Navratilova’s book. The great champion was known to sneak into the Centre Court late into the night on the eve of her big finals.

And she would sit quietly, alone, absorbing the history and atmospherics of Wimbledon, only leaving when she felt connected to the greatness of the place. And aligned to the feeling of being a champion.If, with Lendl’s support, Murray is able to absorb some of that mindset, then the Wimbledon title awaits.