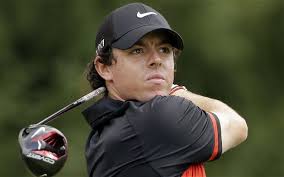 In a few weeks time the world of golf heads to Augusta for the first classic of the season. And world number three Rory McIlroy will be looking to secure his first green jacket.

At the moment, McIlroy is a little short of the consistency necessary to win the games top prizes. Moments of magic are interspersed with doses of mediocrity.  And he has some interesting things to say on the subject of his game.

After a final round seven-under 65, at The Arnold Palmer Invitational, that left him still eleven shots of Jason Day, McIlroy said, “I’ve really beaten myself up for hitting bad shots and making mistakes and I can’t do that because you can compound one mistake with another and then you get into a bit of a lull where you play a bad nine holes and you just can’t afford to do that.”

It’s a frank admission, And it’s suggestive that Rory hasn’t developed a key part of his mental process. When a player starts beating themselves up for a mistake, it means that they do not have a clear, well developed post-shot routine in their mental bag.

As important as the pre-shot routine, the post-shot routine gives the player clarity about the shot they have just hit. It’s designed to help the player understand where their game is at, and what corrections they need to make to get back into the groove. It’s the internal surveillance system that fine tunes your game with each shot.

A good post shot routine is an anchor of sanity, that gives the security of knowing that you have a process that can help you resolve most if not all golf problems as you play. Leading to a sense of calmness and clarity. It prevents the players emotions from  muddying their thinking.

The fact that Rory McIlroy has picked up on the fact that he is beating himself up for a bad shot is a good start. But unless he puts a better process in place, he will still be subject to the pressure of expectation that comes from being a top player. Pressures that means that mistakes are unacceptable, rather than critical information that allows shot by shot improvement.