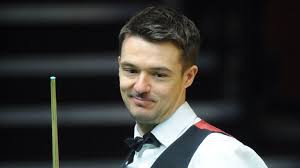 There’s rarely an ideal time to play Ronnie O’Sullivan. Especially given his form in 2016. But if you land him in the draw, then the first round is probably the best time to catch him cold. Even then you musn’t be daunted by the prospect of beating him.

Few people gave Michael Holt a chance in the World Grand Prix at Llandudno last night. But that didn’t stop him pulling off one of the shocks of the season, as he sent Ronnie home early, with an impressive 4-3 victory.

As Holt admitted afterwards, he hasn’t always matched his talent with performances. An over active mind has negated calmness and composure. But last night Holt was directing his energy in a purposeful way.

His focus, instead of being entangled in his own frustrations, was firmly on what was in front of him. Not getting ahead of himself. Not getting caught up in the emotions of possibly beating Ronnie. Simply the next shot with full concentration.

It’s a potential breakthrough for Holt. For a big TV victory over Ronnie should do wonders for self-belief. Belief not just in himself, but in his process, That good concentration and focus exclusively on the task in hand, channels talent in a far more purposeful way. than negative self-commentary. Once you see your process work for you, then your belief in it increases exponentially.

Last night in Llandudno Michael Holt found something. It’s taken him time to find it. But when you unlock your own talent formula, you have potentially found the key that opens the door to sustained success.