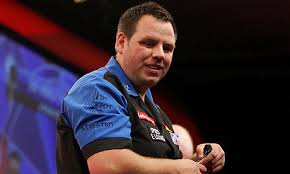 So Adrian Lewis has successfully defended his darts World Title. Winning the title once is an outstanding achievement. To repeat the win, shows that it wasn’t a fluke, or ‘lucky week’.

The further Lewis advanced in the 2011-12 competition, the more he spoke of himself as being ‘World Champion’. He was tapping into the powerful mindset of being champion.

It’s the trait that helps champions to win repeatedly. They know they are the best in the world at that time. That no one else can beat them. They may not be playing the best, but their mindset is tuned to a feeling of ‘unbeatability’.

It’s how Lewis beat James Wade in the epic semi-final on Sunday evening. He behaved like a World Champion, in that he knew that he could find a way to win, despite being 5-1 down.

The World Champions expect to win. And so they do. They exude invincibility, and as a result are so much harder to beat. Just ask Nigel Heydon, who could have put out Lewis in Round One. The very idea of beating the World Champion, got to him more than Lewis himself.

Adrian Lewis won his second World Title, because of his first title. James Wade, Gary Anderson, Andy Hamilton were all going into unknown territory. Lewis had been there before. And one thing you can be sure of about a good champion, is that they will not relinquish their title easily.

A world title gives them stature and presence. It’s a powerful feeling, and one that defines who they are.

It’s now becoming part of Adrian Lewis’s DNA, which makes his post-match claims that he is after ten titles, totally believable.