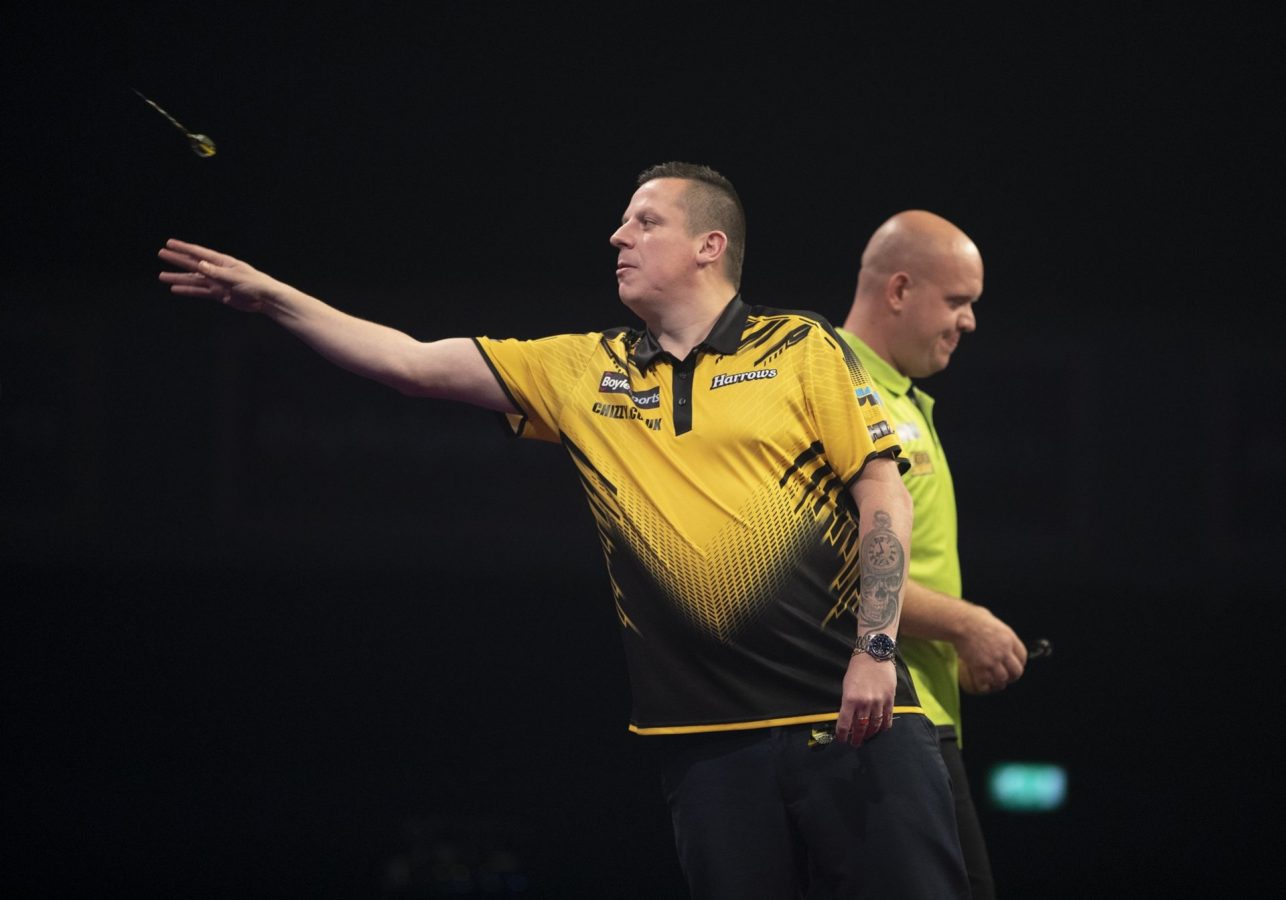 That’s five final losses now for Chisnall. Of course, getting to fie finals is a terrific achievement. But your darts career will be known for the silverware you have won, not the finals you have graced.

Of course playing MVG in a final can feel daunting. You sense that you need to bring your A Game. Anything less and Mighty Mike will be all over you. But the danger with that mind-set is that you end up putting too much pressure on yourself.

You feel that you can not afford to miss a single double. Everything has to go in. But of course you got to the final by playing freely. Playing the board not the player.

Throwing as if you daren’t miss, creates enough tension between the mind, nervous system, arm and dart that you miss by the amount of tension there is in the mind. Don’t miss tension that is.

Which all means that MVG has won the mental battle before the final has even started. He has his opponent changing his relaxed. confident mind-set.

The key is for Dave Chisnall to trust himself. Trust his game. Maybe he thinks it isn’t good enough to win a big TV final against the World Number One. But unless he trusts his game, how will he ever know if it’s good enough?

After five attempts to get over the line, you would hope Chissie was starting to understand what it takes to win. Perhaps he needs a TV final against a novice finalist to help him relax into his natural flowing game. Thus winning one title, takes the pressure off to be perfect.

Because in reality perfection rarely wins you titles. But trusting your game invariable does!