A lot of managerial appointments in football seem to be little more than an exercise in fingers-crossed hope . Good networking; a strong well-practised interview; a reputation forged on past success. All these things can land you a decent job. But it doesn’t make you the right fit for a football club. However, sometimes the appointment just looks and feels right. Sir Alex Ferguson at Manchester United. David Moyes at Everton. Ian Holloway at Blackpool. More recently, Jurgen Klopp at Liverpool. There are lots of examples. The managers personality, values and philosophy matches that of the club, the fans and […]

END_OF_DOCUMENT_TOKEN_TO_BE_REPLACED

So Teddy Sheringham is sacked as manager of Stevenage.  With only three points taken from the last eight games and the club hovering above the League Two trap-door, the former England striker was relieved of his duties, in this his first managerial post. One of the negative patterns that Sheringham wasn’t able to resolve, was that of his team conceding costly late goals. York City, Crawley Town, Leyton Orient and Yeovil were all beneficiaries of his sides inability to close out a game. The failure to solve problems is one of the most obvious reasons why a manager loses his […]

END_OF_DOCUMENT_TOKEN_TO_BE_REPLACED

It’s late Saturday night in Melbourne Park. Jamie Murray has just secured his first mens doubles title. In the players box recording his victory speech is his brother Andy. A nice touch. Apart from one thing. The next day Andy will be in the Mens Singles Final against the force that is Novak Djokovic. Is this the best mental, physical and emotional preparation for Andy Murray to secure his first Australian title? Seemingly not. From very early on, it is evident that Murray is off his game. Looking low in energy…listless…unable to put any pressure on the defending champion , […]

END_OF_DOCUMENT_TOKEN_TO_BE_REPLACED

So Angelique Kerber secures her first Grand Slam title.  Holding her nerve to win the third set. when she might have been expected to buckle under Serena’s big-game pressure. It turns out that Kerber received a textual message from her idol Steffi Graff on the morning of the match. Can a textual message win a player a Grand Slam? Not by itself. But it can carry influence. We don’t know what the German legend texted, but it was probably a droplet of champions wisdom accrued from securing twenty-two Grand Slams. Because of Angelique’s idolatry for Steffi, it’s equal to receiving […]

END_OF_DOCUMENT_TOKEN_TO_BE_REPLACED

It’s Novak Djokovic talking to courtside interviewer Jim Courier, straight after his outstanding Australian Open semi-final win over Roger Federer. Courier is discussing Novak’s current frame of mind. He asks if his quarter-final five set struggle against the awkward Gilles Simon left him with any lingering self-doubts. Novak is very clear. ‘Your convictions have to be stronger than your doubts’ is his response. To be a multiple Grand Slam winner and champion your mind cannot be riddled with doubts. That doesn’t mean that you dont experience them. But its in how you process those doubts that allows a champion to continue […]

END_OF_DOCUMENT_TOKEN_TO_BE_REPLACED

‘I’m hitting a yellow ball across the net into some lines’. It’s Johanna Konta speaking after her Australian Open quarter final victory over the qualifier Shuai Zyang.  She is explaining to the press her perspective about the game. It’s rare to hear a professional player speak with an almost childlike simplicity about what they do. And yet it’s this simplicity and clarity that is key to Konta’s emergence and success. It’s as if the reason why she plays the game has not become corrupted by the demand for results and outcomes. Of course it helps that Johanna is winning. This […]

END_OF_DOCUMENT_TOKEN_TO_BE_REPLACED 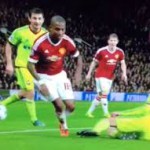 ‘If Ashley Young is a Manchester United player then I’m a Chinaman’. It’s Roy Keane speaking bluntly on ITV’s Champions League coverage after United’s narrow Old Trafford win over CSKA Moscow. With the score at nil-nil. Young has sought to con the referee with an obvious dive in the box. It’s only brought him stinging criticism from ex-professionals, instead of the game changing penalty he sought. The dive has been part of Young’s repetoire for a few years now. As if he has lost trust in his natural ability to beat a man in the box with quick feet or […]

END_OF_DOCUMENT_TOKEN_TO_BE_REPLACED

It’s been his go-to strategy for most of his illustrious managerial career. Whenever he needed to sharpen his teams focus, or guard against success-inducing complacency, then Jose Mourinho would manufacture an enemy. Familiar targets – Biased Referees; The Media; The FA; Arsene Wenger…all served their purpose as acting as a false enemy (The THEM). Opposing forces who wanted to stop Chelsea succeeding. All designed by Jose, like Sir Alex Ferguson before him, to create a force field around his group The US. The bigger The THEM, the stronger The US becomes. And it’s a strategy that served him well. Until […]

END_OF_DOCUMENT_TOKEN_TO_BE_REPLACED

Lucky!’ That was Manchester United manager Louis Van Gaal’s assessment of Middlesboro’s Old Trafford shoot-out win last night. ‘It was more like the casino. Red or black’. It’s an old argument that you don’t hear trotted out too often in the modern era. The notion that what happens from twelve yards after extra-time, is seemingly in the lap of the footballing gods. A lottery. Out of the managers hands. So…the Dutchman is either putting a protective managerial shield around his players. Or failing to see the obvious. That the spot kick misses from Rooney, Carrick and Young weren’t unlucky. But […]

END_OF_DOCUMENT_TOKEN_TO_BE_REPLACED

When the late Brian Clough managed Nottingham Forest, he was prone to conduct unusual team-talks. For example, he would go into the dressing room pre-match and say. ‘Right Lads. Close your eyes’. Then Brian would take a song from the Frank Sinatra songbook, such as Fly Me To The Moon and sing it. To the team. On conclusion of the song, he would say,’ I’m a good singer arent I lads?’ Now go out and show everyone what good players you are!’ Cloughie wanted his supreme confidence to become the players supreme confidence. His sense of freedom, to become their […]